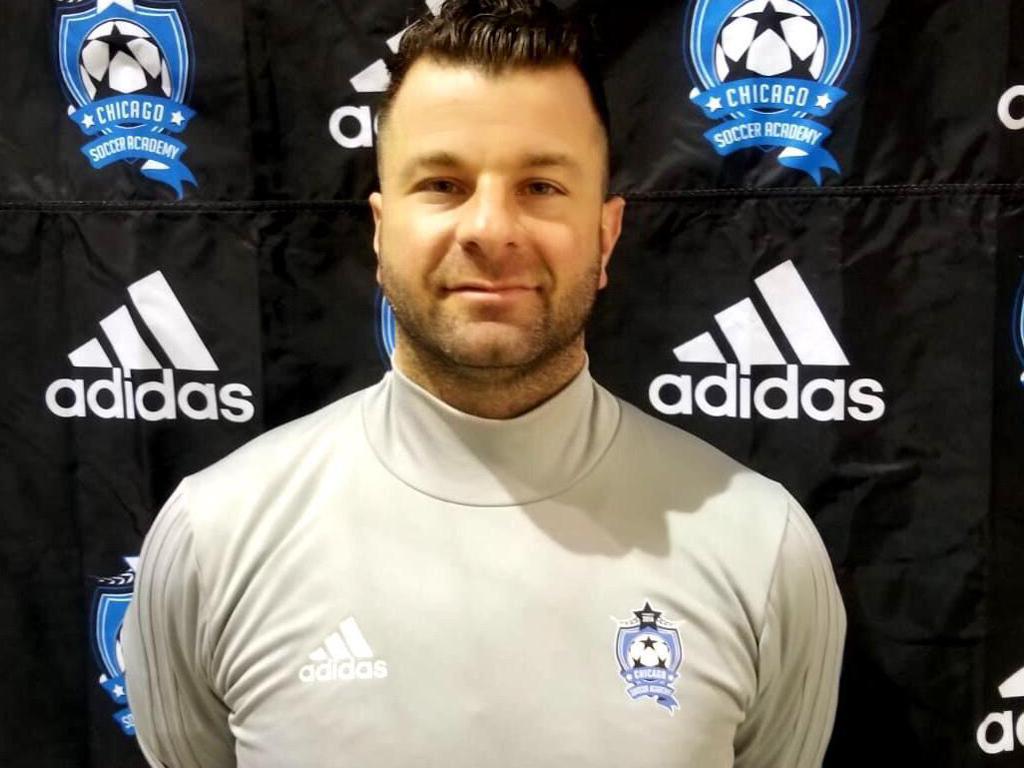 Experience:  Tim has coached both US Youth and European Youth Soccer for the past 20years.

Education:Tim graduated from Judson University with a double B.A. major degree in Business Marketing and Management.

Playing Experience: Tim arrived in the United States in 2004 having played professionally in Greece for five years from 1998-2003.  Tim was a four year starter for Judson University, four time NCCAA National Champions.  As a player he earned a number of honors including Top 3 Leading Points Scorer twice, was named to All-Regional and All-Area Teams, Team Captain and was named to the 2006 All-Illinois State Team.

Tim started CSA in June 2014. He has worked as a Technical Director and Director of Soccer Operations at various clubs in the area including Coerver Coaching. 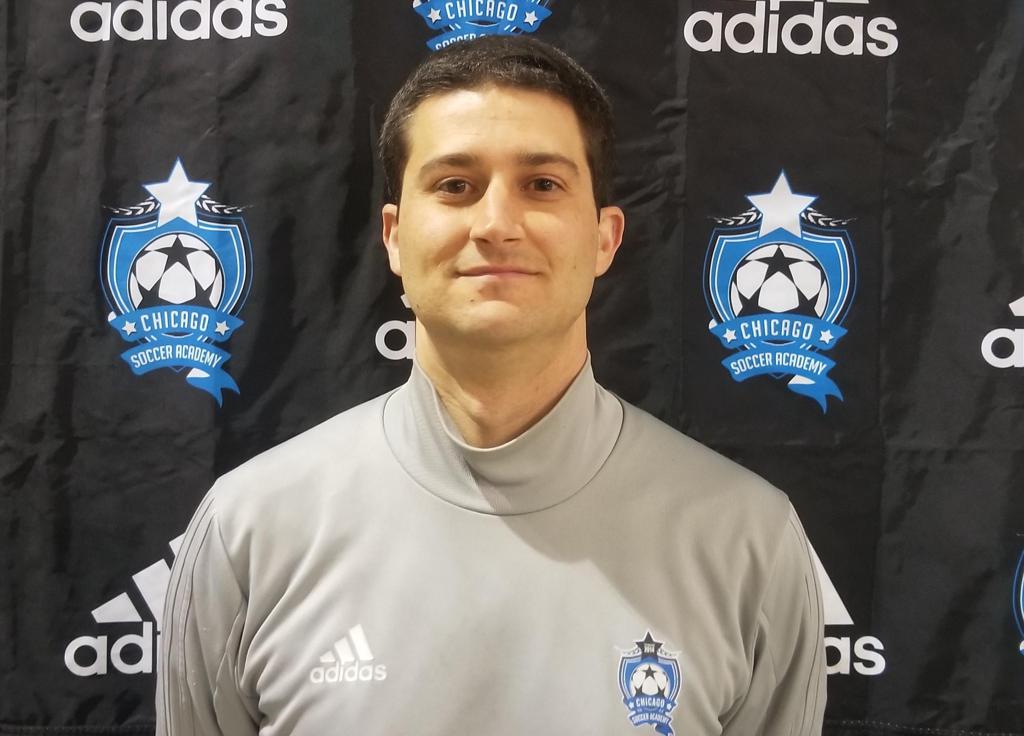 Experience: Martin has 11 years of coaching experience in youth soccer around the Chicagoland area.

Education: Martin graduated from Judson University with a B.A. in Business Administration and a minor in Accounting.

Playing Experience: Martin was a key component during his 4 years as part of Judson's Mens Soccer Team. Martin earned 3 Conference Championships, 2 Regional Championships and 1 National Championship in his collegiate career. After college, Martin played with professional teams in Germany, Sweden and France.  Currently, Martin is playing on the first team for Green White SC in the Chicago Metro League.  He also plays with RWB Adria-Chicago in the National Soccer League.  With Adria, he has won the US National Men’s Amateur Soccer Championship, and Advanced to the third round of the US Lamar Open Cup this 2014 year alone. Lastly, Martin was also chosen to play for the Men’s Illinois State All-Star Team. 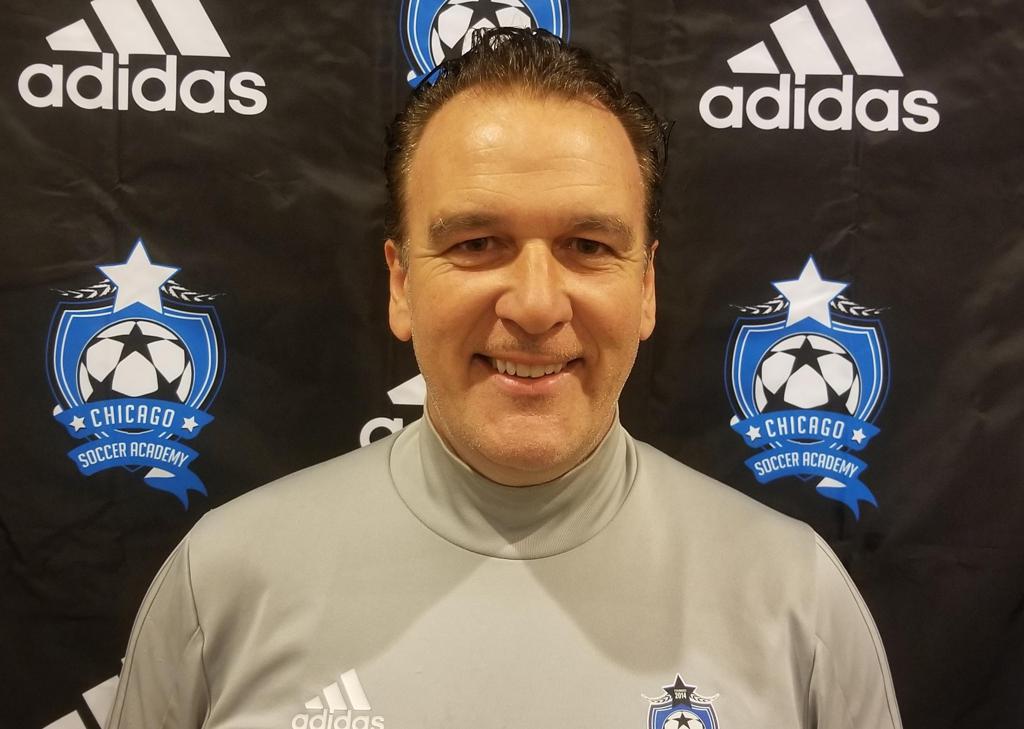 Experience: Illinois Youth Soccer Coach of the Year, Tony has coached US, European and Australian Youths soccer for the past 25 years. He has attained the highest coaching accreditation from three different continents. Former Coaching Education Instructor for IYSA. Has coached National championship winning teams. 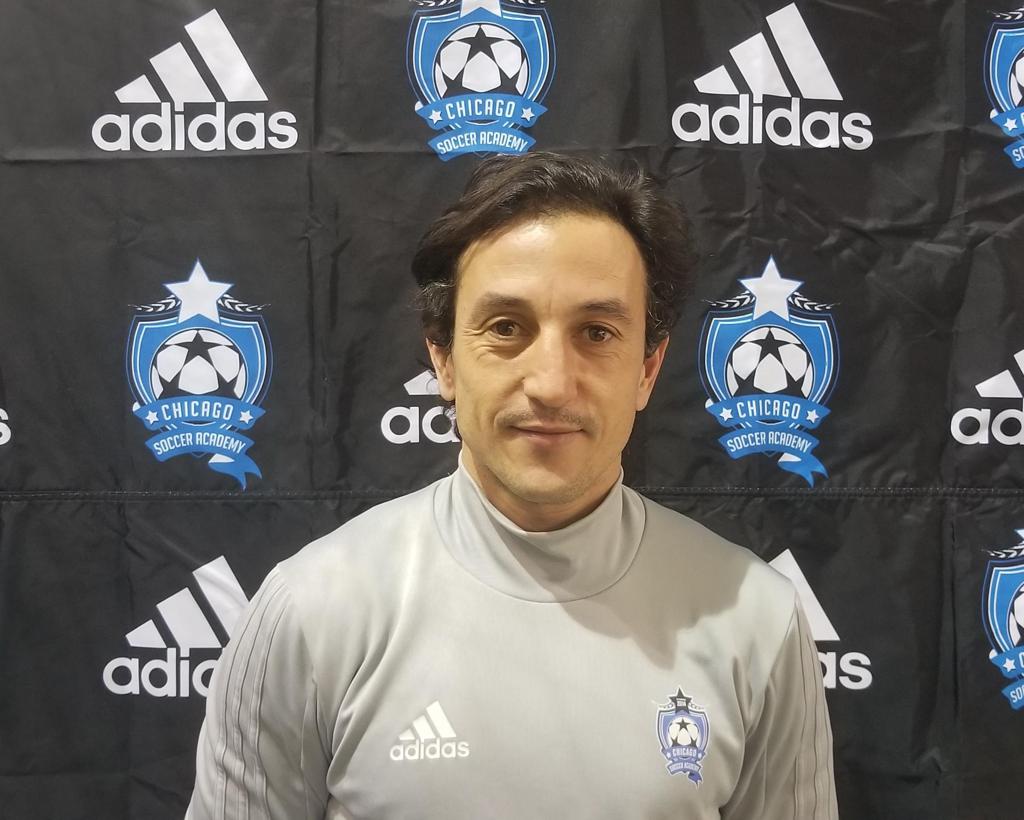 Currently Coaching: Players/teams from U12 - High School boys and girls.

Experience: Daniel has coached extensively throughout Spain and Australia including two years at the Barcelona Summer Camps.  He has been the head coach for teams U8-U14 boys and girls at various clubs in the Chicagoland area for the last several years.

Education: Daniel holds a BA in Sports Education from the Autonomous University of Madrid and is a Royal Spanish Football Federation Certified Physical Trainer.

Playing Experience: Daniel is a former Spanish professional soccer player and Certified Physical Trainer.  He played forward for Real Madrid’s youth categories for ten years, during which time the team qualified for the National League in all categories.  During this time he had the opportunity to play in tournaments across Europe from age U8-U18. He played for Rayo Vallecano for one year and with Club Deportivo Guadalajara for seven years.

Daniel joined CSA in the Summer of 2015. 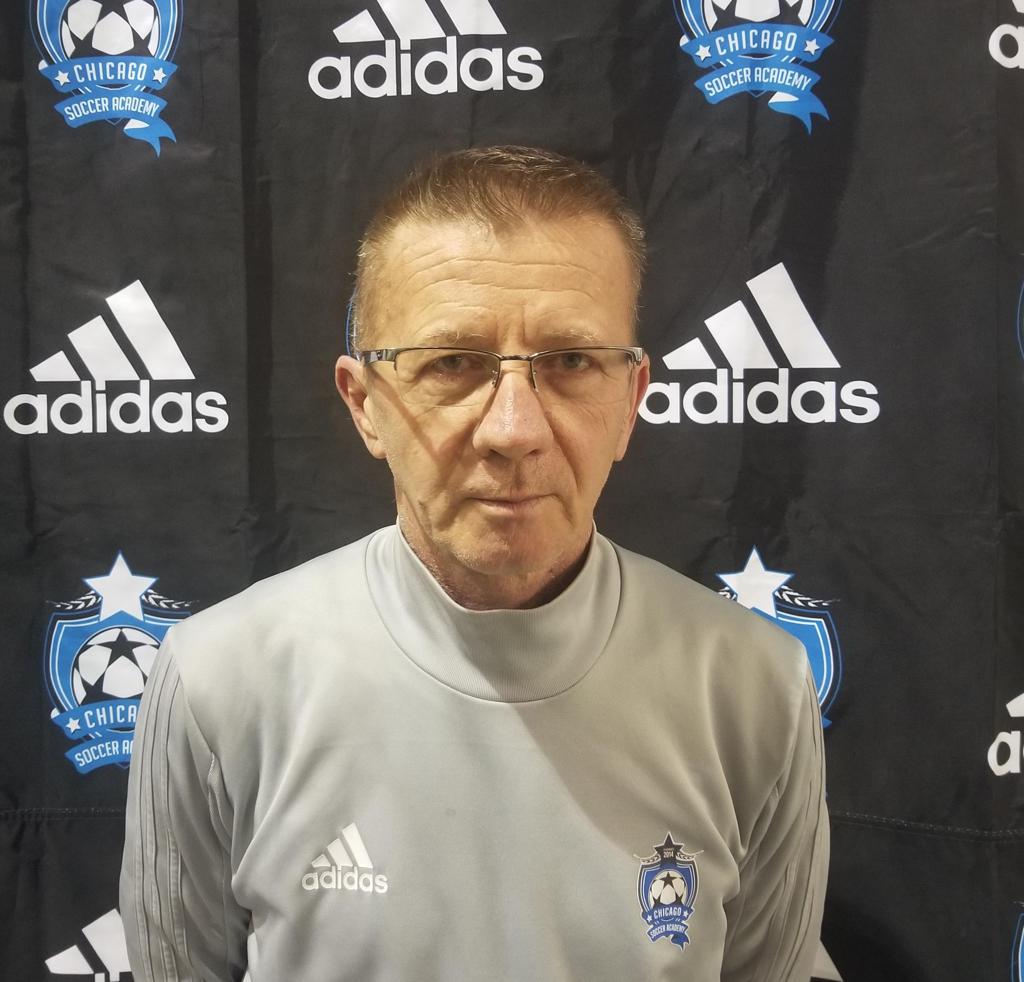 Currently Coaching: Players/teams from U7- High School boys and girls.

Experience: He has been coaching soccer for the past 20 years in the Chicagoland area. He has an in-depth knowledge of youth, college and pro athletic programs regulations and sports psychology due to obtaining the world's highest coaching license possible in the FIFA Pro License.

Education: Orlando graduated with a degree in Information Technology and currently works in that field.

Playing Experience: He played professionally from 1978 through 1985 for several premier clubs such as FC Velez, Red Star Belgrade (reserve team), FC Mostar. He started in 1971 as a member of  FC Velez-academy and went through all selection.

Orlando joined CSA in the Summer of 2015. 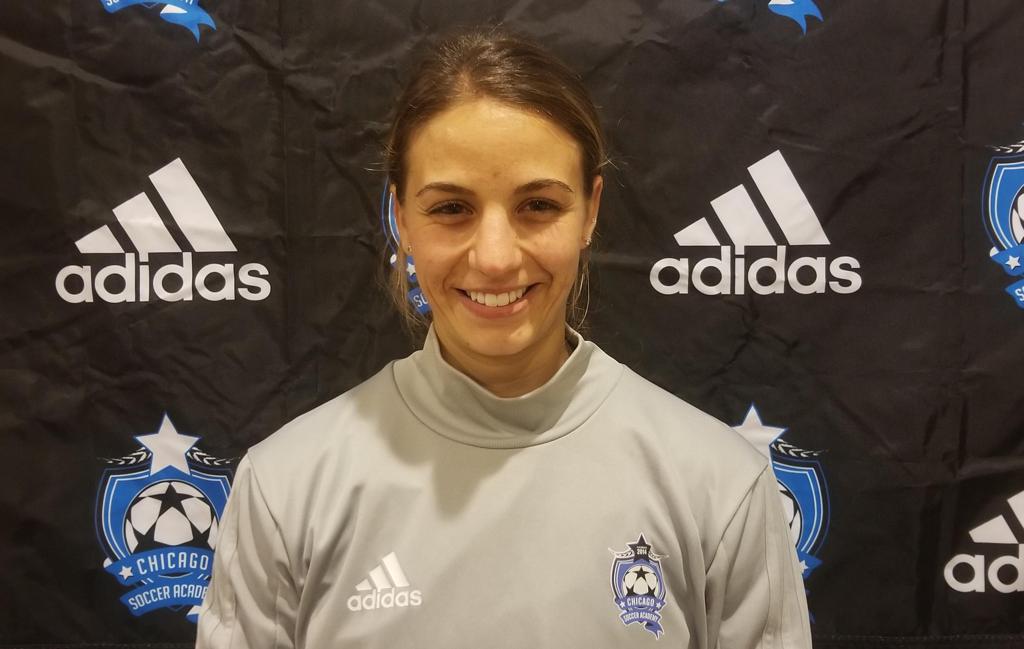 Experience: Sarah has been playing soccer since she was seven years old. She has over five years of experience coaching youth soccer summer camps at Northwestern University. She was also the head coach of the girls’ JV high school soccer team at Schurz High School in Chicago, IL for four years. She is a teacher and loves helping young athletes reach their potential.

Education: Sarah graduated from Northwestern University with a B.A. degree in Secondary Education.

Playing Experience: Sarah grew up in Geneva, IL and played for Tri-Cities Soccer and Team Chicago but spent the majority of her time with the Eclipse Select Soccer club. She holds multiple State Championships, a Regional Championship, and a bid at winning a National state title. She was a captain of her team and played for the varsity soccer team her freshman year of high school at Geneva, where the team took third in the State Championships. Her career continued at the Division I level for Northwestern University. She started eight games at center back as a freshman and was awarded the Academic All-Big Ten honor all four years. 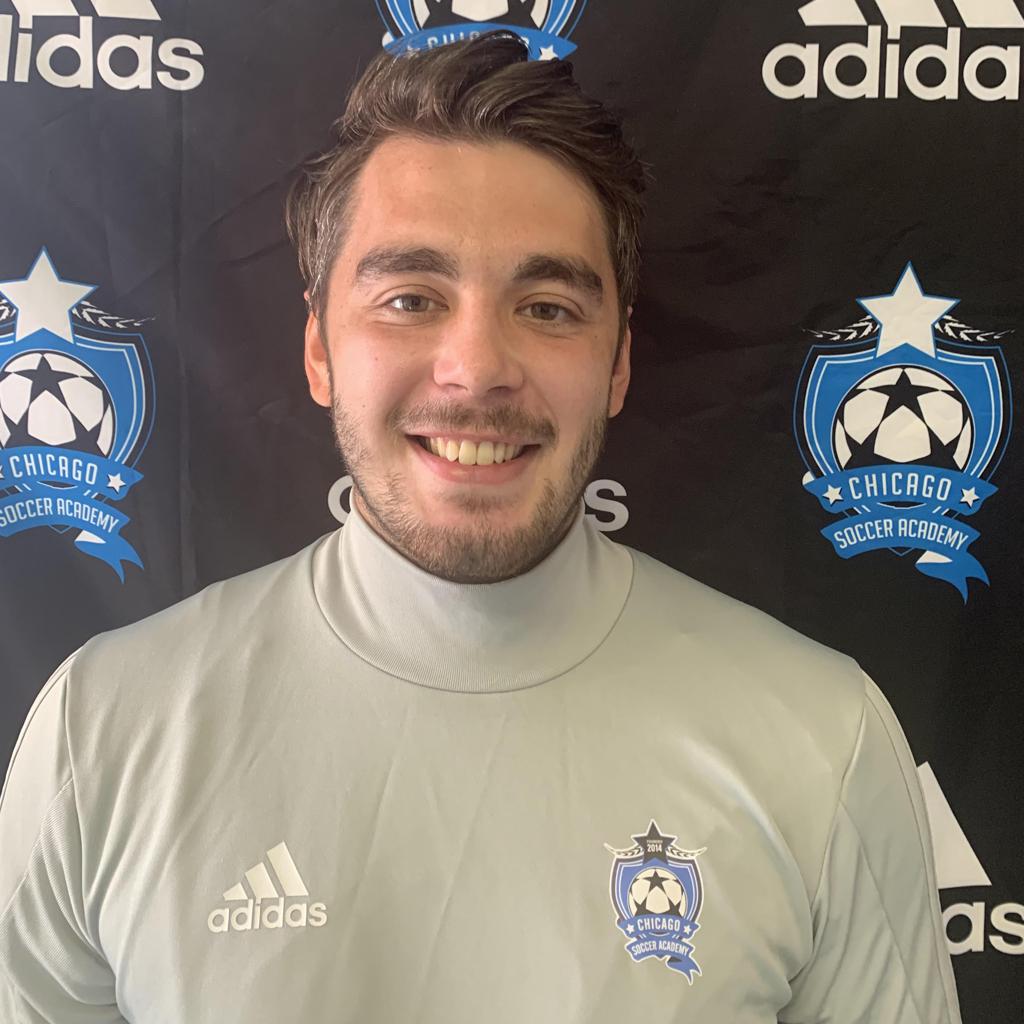 Coaching Experience: He has been involved in coaching youth player at the grassroots level for over 7 years

Playing Experience: He represented the national team of Scotland between the ages of u16-u18. 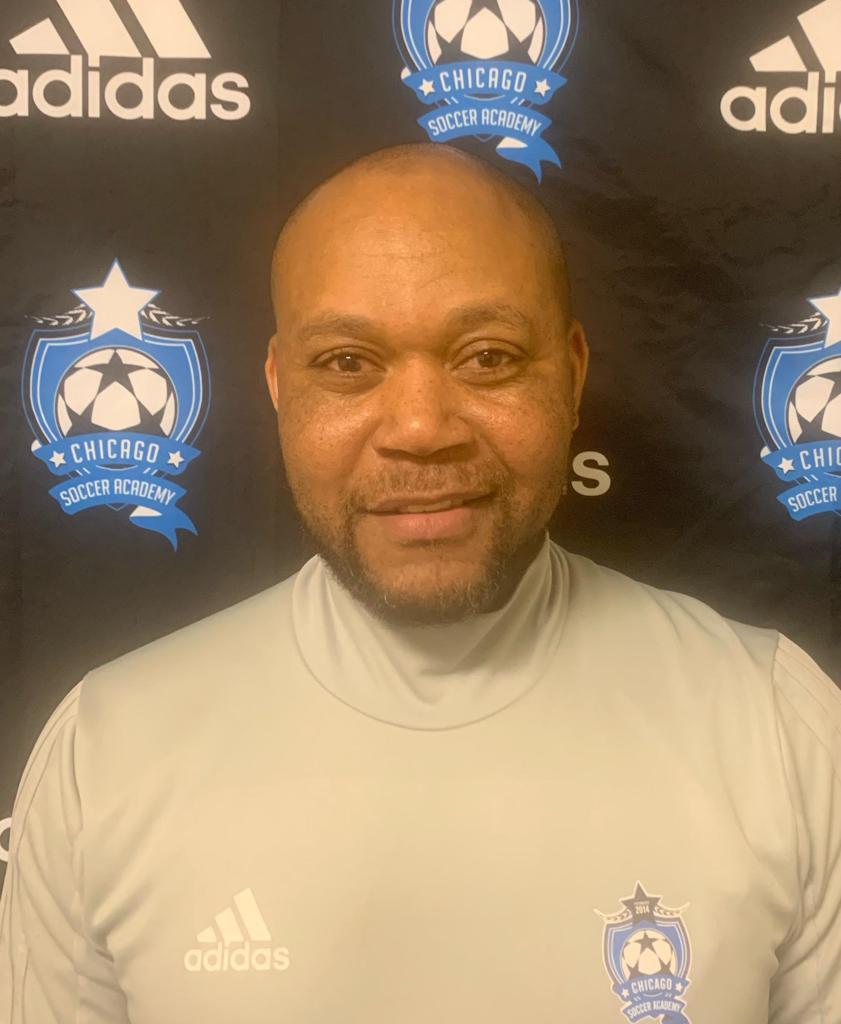 Coaching Experience:  Sanon has coached for the Indiana Invaders for 2 years as the head coach of the U9 and U14 boys’ teams but has been involved in coaching for over 5 years in the Midwest.

Education: Judson University with B.A. in Business Administration, Management concentration. Hold an MBA with a double major in Finance and Leadership & Change Management from DePaul University.

Playing Experience: Lexi grew up in Wheaton, IL and played for Chicago Fire and the majority of her time at NSA (Naperville Soccer Association). She holds multiple State championships, regionals championships and a bid at winning a National Title.

*All Time-Leading Goal Scorer for CMU.

All Time-Leading Goal Scorer for CMU. 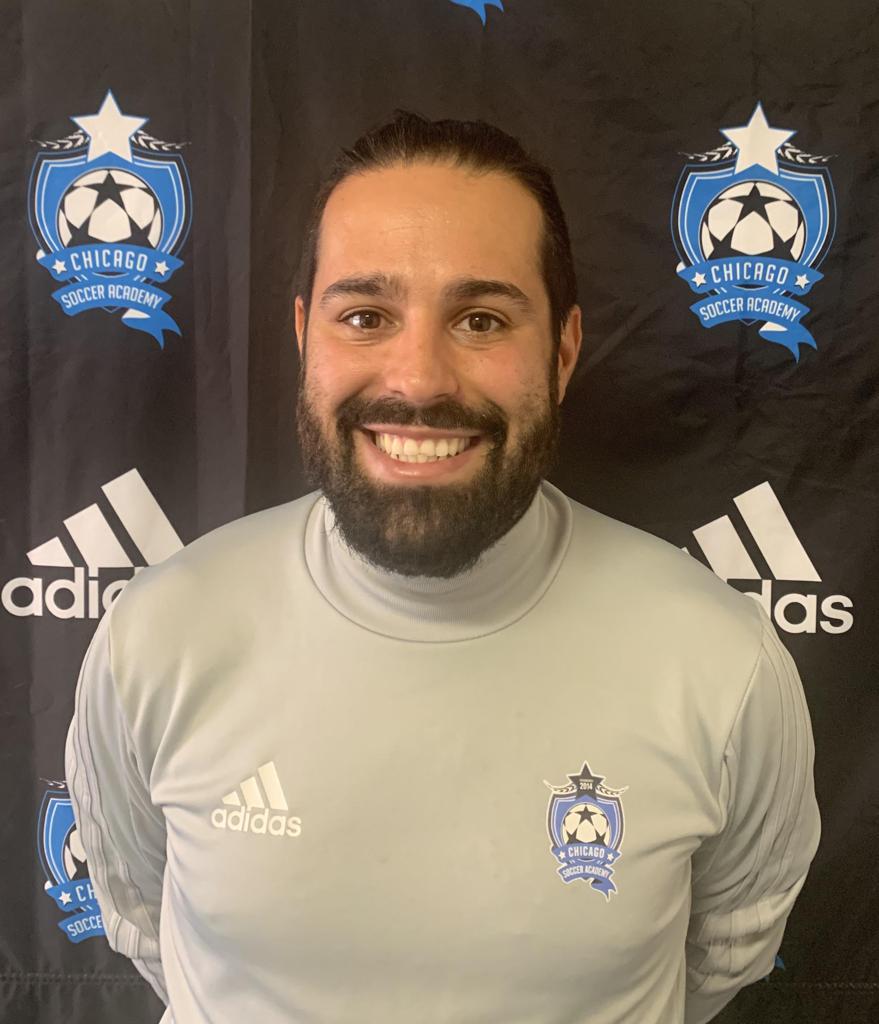 Experience:  Javier has coached soccer for the last 10 years. He has coached  youth players in Spain at Colegio Afuera, Club Valderribas-Tajamar and semipro team FC Zarzaquemada (3rd Regional Division). He has coached in the USA at South Pointe High School winning the Girls Region with JV & Varsity for the first time in history. Additionally, Javier has coached for FC Barcelona-Barça Academy where he acted as a Head & GK coach. Javier also coached for Rush ESC where he won the State President’s Cup. Currently, he coaches at University of Wisconsin-Parkside, he is the Graduate Assistant for the Women’s team. He is also in charge of GK (Men & Women) and the Women’s Head Scout.

Education: Javier graduated from Complutense University (Spain) with a double B.A. major degree in Physical Education & Elementary teacher. He hold additional degrees of Early Childhood & ESL from UCJC (Spa.). Javier also holds two masters’ degree from Spain in: Bilingual Ed. (UFV) and School admin. (USJ). He is currently getting his M.S. in Sports Mgt. from UW-Parkisde (US) and working towards his doctorate in Exercise Science & Sports from Murcia Univ. (Spa.) 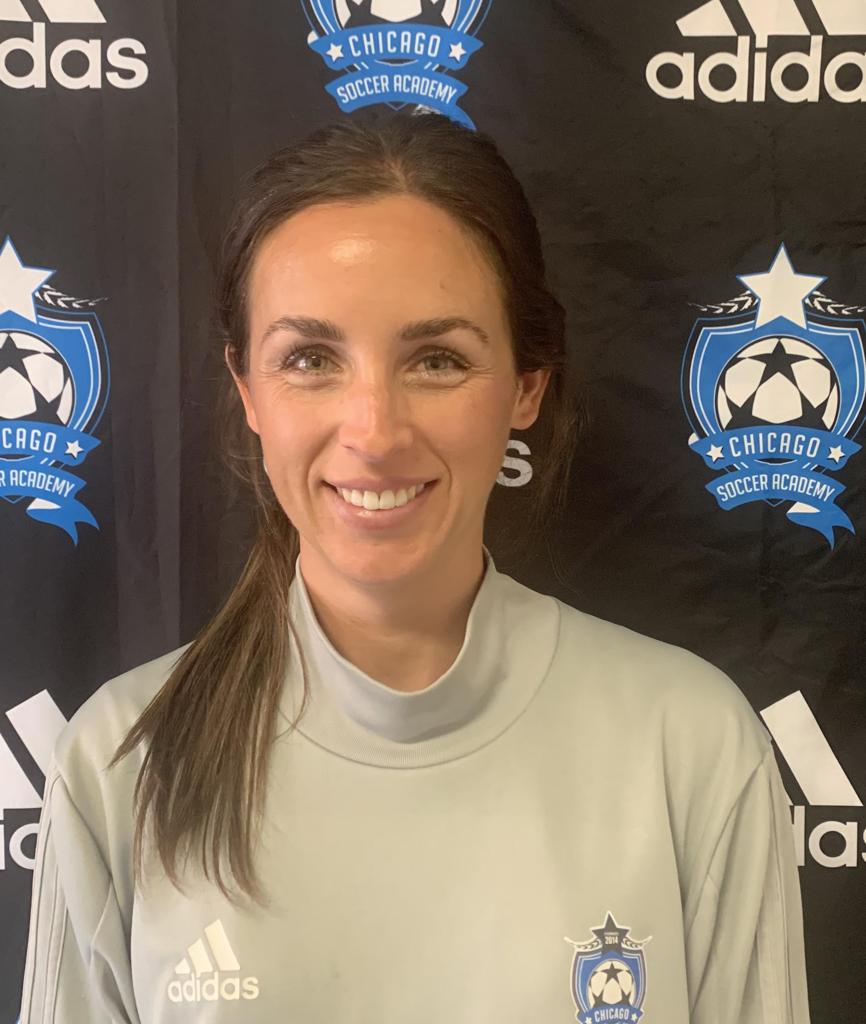 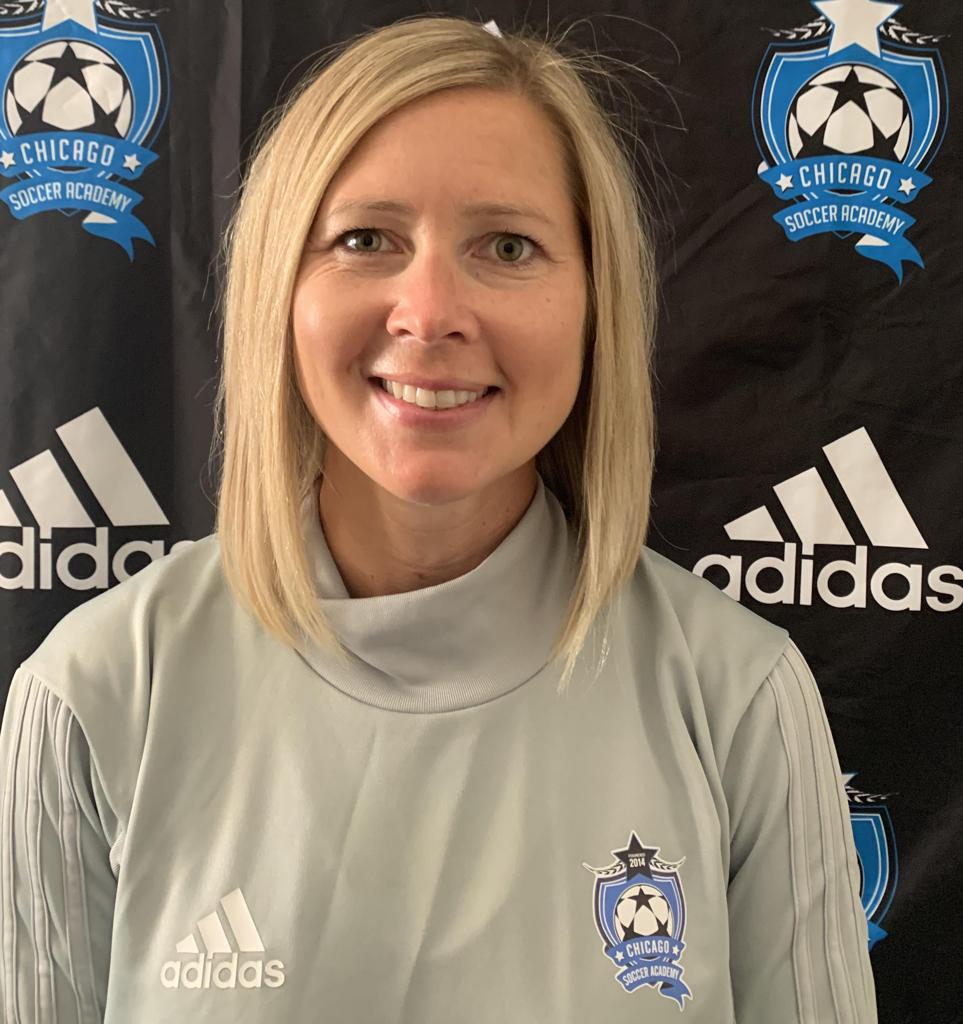 Experience: Brooke is a lifelong soccer player. Brooke has 15 years experience coaching youth soccer summer camps as well as recently coaching her own sons in recreational soccer in the Tri-Cities area. KIDSAFE Certified

Education: Brooke graduated from Northwestern University with a degree in Communication Sciences and Disorders. She continued her education at Northwestern Graduate School and has her Master’s Degree in Speech-Language Pathology.

Playing Experience: Brooke grew up playing many sports, soccer always her favorite. She grew up in Wheaton, IL and played for the Wheaton Wings. She played 4 years of Varsity soccer (and basketball and cross-country) for Wheaton-Warrenville South HS before continuing her career at the Division I level for Northwestern University. Brooke holds several Top 5 Rankings in Northwestern’s program:

Brooke joined CSA in the Summer of 2015. She lives in Geneva with her husband, TJ, and their three boys.